Hello,
I’m working on a CAD project and I want to implement foundation drawing. It’s very simple. I store coordinates of mouse clicks when foundation drawing is enabled then I transfer this coordinates so OpenGL can work with them and then I do triangulation with them. After that I just send this data to gpu memory and draw them. But I have some problems with triangluation. I’m using delaunator library and when I draw something like this: 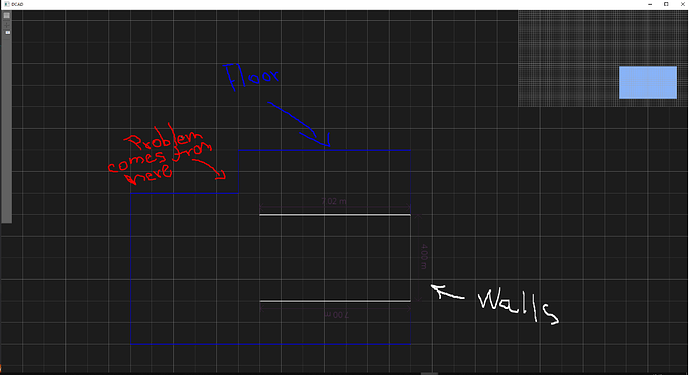 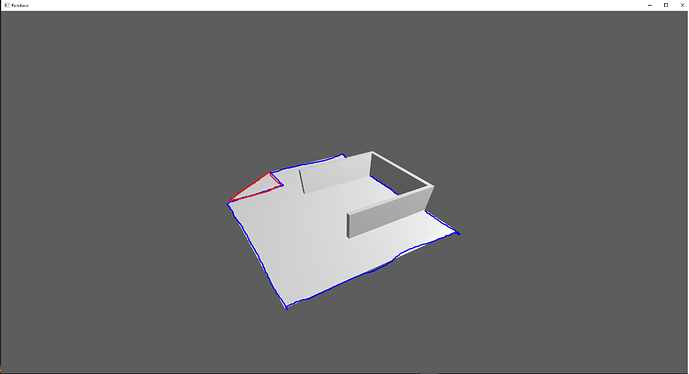 Do you have any experience with this library or should I consider change to some other library ? If so what’s the best library for stuff like this ?

The GLU tessellator (gluNewTess etc) can tessellate non-convex polygons. The interface is designed for legacy OpenGL (glBegin/glEnd) but it’s possible to use it in conjunction with vertex arrays.

I will definitely take a look at that. Thx.

@DajcoK,
@GClements is right, but that approach is likely to … exhaust you.
I’ve worked with the problem of covering arbitrary polygons with color, with a plain geometric approach. That took an embarassing long time. Unfortunately I’m not ready to publish the result … somewhat because the glory of the result is it’s ‘realtime’ dynamic capacity to consume points as they come when you click 'em in - the implementation is messy.

I’ll pop you a minor solution/approach that can solve ‘simple’ polygons with some non-complex concave points (a fluffy def):
I use a function that can return the indices of the concave points. I’ll use it repeatedly on the returned result (the concaves returned compose their own polygon). If this iteration ends with a return of zero concaves … then you can use those concave polygons to clip the polygon into minor entities that are convex and drawable.
I use fans as final drawables, not triangles. A fan can draw a polygon with one concave point if you rotate the fan-points to make the concave point as the first point.
Translated to the specific problem you present (as I understand you), you could just rotate your points and woila, problem solved.
The approach described fails if the iteration ends with returning any remaining concave … this is the complexity barriere that forces you to use heavier approaches.
You will probably have an advantage if you work in index-space and arrange some ‘range’ implementation (a range being two indices representing a clip that splits the polygon in two). That way you can consider every index-pair that a returned polygon can be split into as ‘clips’. If range(2->4) then the clip will use index 2,3,4 and index 3 will be gone in the remaining polygon. … this is math and why it quickly becomes cumbersome…If you glare at it for long enough, you’ll glean the ranges as a tree-structure, with zero->last_index as the root. That’s usefull to know if you pull out the big guns.