I am struggling with some simple and yet hard problem, and need some help…

Trying to render this simple scene. 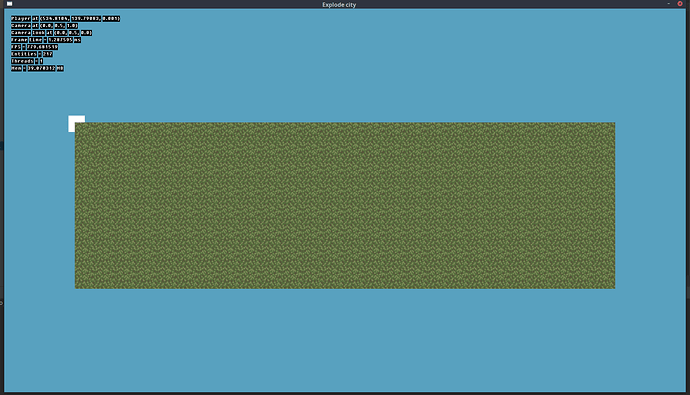 What i am doing wrong here? If i change the order of object creation, e.g. white rectangle last - everything works correctly, but i assume this kind of things should be handled without manual sorting on GPU itself?

Everything regarding the camera works perfectly, i can rotate it, bring it closer to these objects or even flip, everything works logically to me and correctly, except this z-coordinate situation.

What i am doing wrong?

The near distance cannot be zero. That will usually result in all fragments having the same depth value, rendering depth testing meaningless; the test will either always fail or always pass, depending upon whether you’re using GL_LESS or GL_LEQUAL for the depth comparison function.

Thx for answer, as long as depth value is calculated like so Fdepth = z − near / far − near, near with zero will just produce Fdepth equals to division of z and far value which is in my case

I’ve also changed far to 1 to produce larger fdepth results, but nothing changed =(

Also i am using these for my depth functions:

Anyway i’ve tried to change all the values, and if z for white square is increasing - object itself is getting bigger, just like it should be, but it anyway draws incorrectly =(

Seems that i am doing something very wrong (

Thx for answer, as long as depth value is calculated like so Fdepth = z − near / far − near

glm::perspective behaves like gluPerspective (except that the field-of-view angle is in radians).

Essentially, if Weye=1 (which is typical) you have Zndc=A-B/Zeye for constants A, B derived from N, F such that Zeye=-N => Zndc=-1 and Zeye=-F => Zndc=1. The relationship between eye-space Z and depth is reciprocal, with a vertical asymptote at Zeye=0. A small near distance results in the graph being dominated by the region close to the asymptote; small values of -Zeye result in large values of -1/Zeye which mean that the scale factor B above has to be small to fit the curve to the [-1,1] range. This results in poor depth resolution for most of the scene. The larger the near distance, the more linear the graph and the more even the depth resolution.

I’ve also changed far to 1 to produce larger fdepth results, but nothing changed =(

The far distance doesn’t matter much. You can use glm::infinitePerspective to set the far distance to infinity and it won’t have that much effect upon the depth resolution. In my previous post, I said:

As a fairly accurate approximation, the range of -Z values beyond N times the near distance get 1/N of the depth range.

If the far plane is at infinity, this “approximation” is exact. For a finite far distance, it’s still a very close approximation.

Thx again, a got it now! Just adjusted z-value for objects, near and far to get it larger than zero - and everything works as a charm !