I am doing the Golden Triangle tutorial from OpenGL Programming for Mac and have a successful build in Xcode. However, when my window launches, it is blank. See attached.

What is the problem? Any ideas? 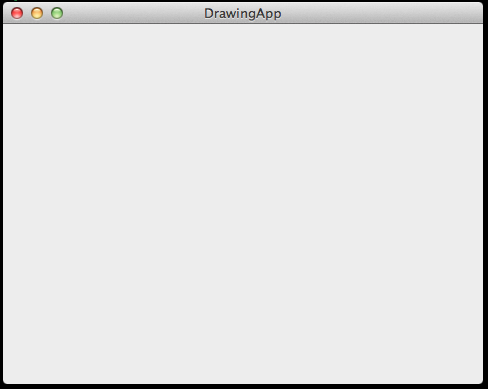 I am doing the Golden Triangle tutorial from OpenGL Programming for Mac and have a successful build in Xcode. However, when my window launches, it is blank. See attached.

What is the problem? Any ideas?

Judging by my own difficulty setting up the views ( even with source code ), understanding it is the key.
You don’t provide much to go off of. But, Ill take a stab at it anyways.

The most simplest is likely most probable. Your either A) drawing outside of limits NEG0.5 to POS0.5 of B) your view is setup incorrectly and your polygons are either off the grid or your not even looking at it.

Do this:
Get a book the book off amazon OpenGL ES 2.0, it sucks they dont walk you through setting up opengl on Xcode… and their source code is not updated and wont run… but the fundamentals are the same.

A great idea, something I should have done to begin with from the get go…instead of pulling crappy source code off internet:

Look up Stanford Fall 2011 downloads. On ITUNES, you can even follow lesson # 19 “OpenGL drawing, etc” which is taught at Stanford University. Highly recommended, lots of good topics covered. The source code will even run!!!
But, I like going off of the XCODE template because it includes the GLKIT framework. Which if you will examine it closely, really simplifies alot of process that you will have no idea even needed to be done. Very overwhelming for a beginner, which i still am. 1st day on boards. woot… Im just suprised this was 1 of 2 posts concerning the MACOs version lol