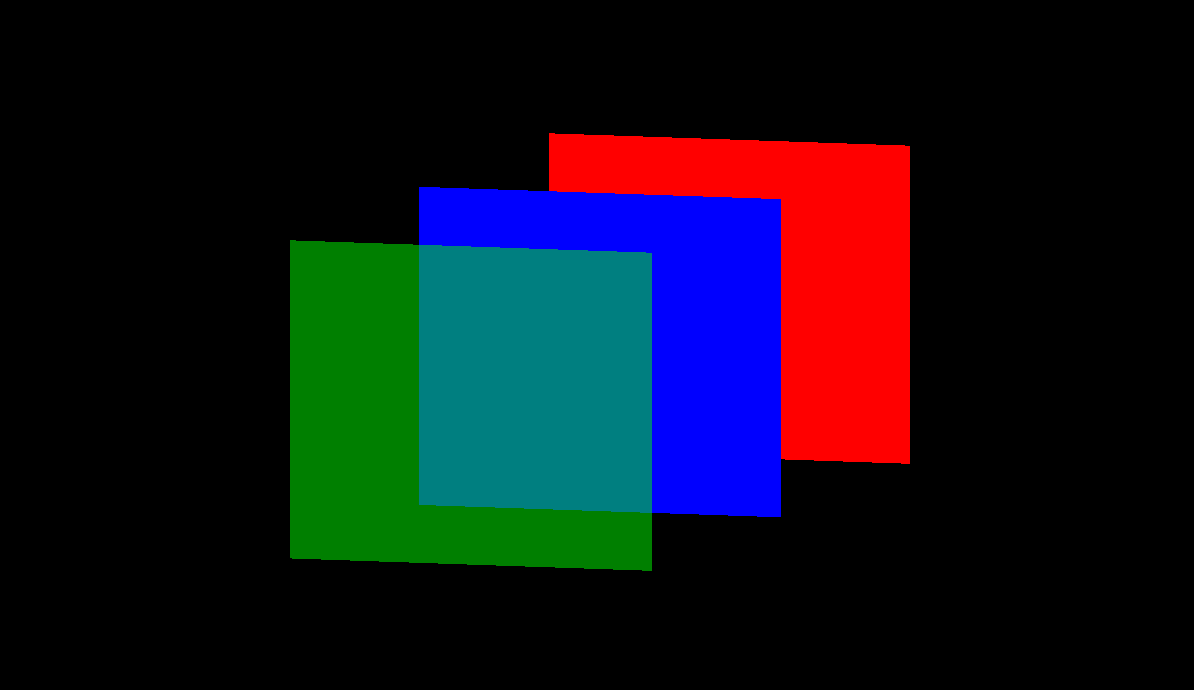 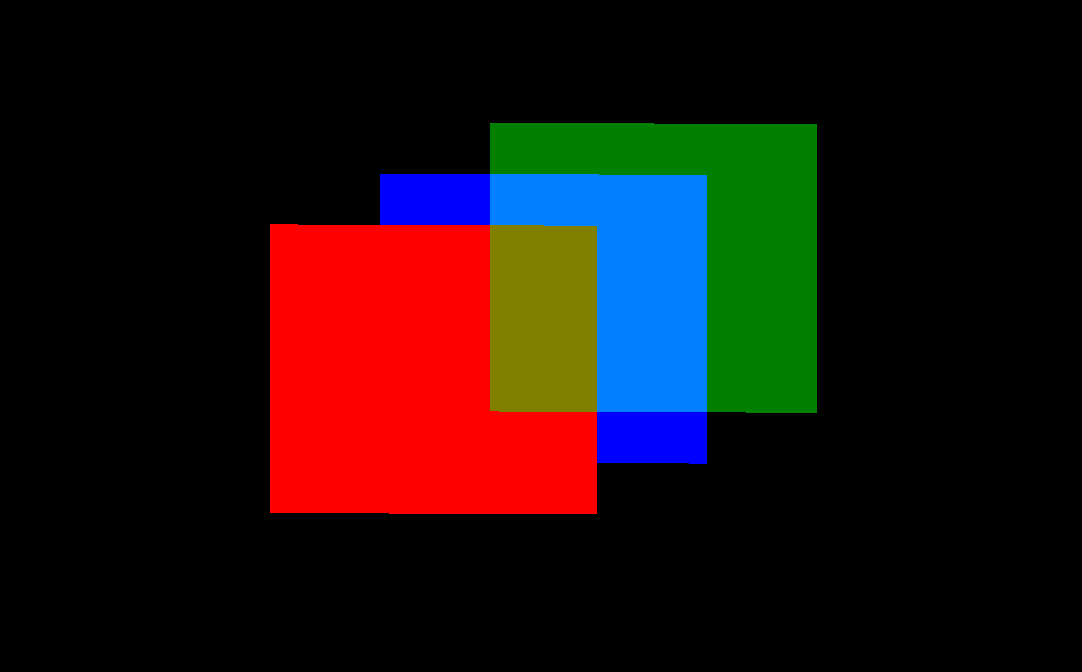 Two more images where red is opaque and blue and green transparent. Green is visible through both transparent blue and opaque red in the second image. 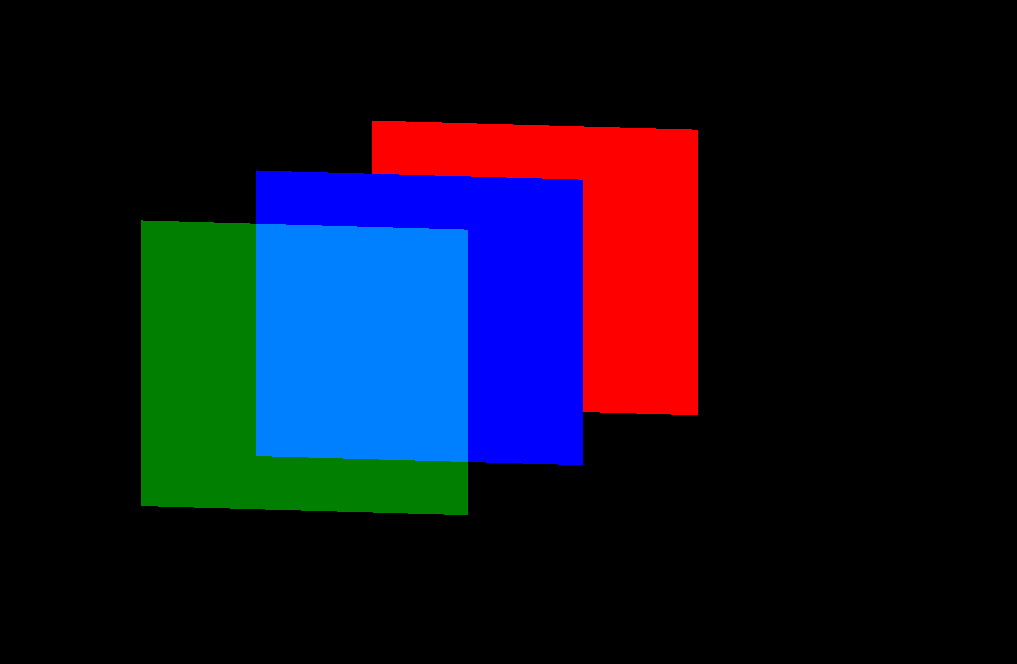 I have reread my code hundreds of times and can’t find the issue. It is either I made a typo somewhere while following the guide, or the code in guide itself has a mistake somewhere.

I wonder if it’s possible to tell what could be the problem without pasting hundreds of lines of codes here.

So the issue is not with this.