I have a program that streams 3d data over network, and then renders it. I have this inexplicable problem where only on quadro cards, as soon as I render a few frames of data, the network connection drops. I’ve tried everything imaginable to simulate this bug on my GTX card, by pausing the network traffic, simulating high CPU load, changing the way I receive the data.

On a quadro card, it consistently breaks. If i don’t call RenderData() the network stream works flawlessly.

It sounds not driver related by. However when I googled the error message "WSAECONNABORTED and recv "
Amazingly the 3rd result on google is someone with an identical issue 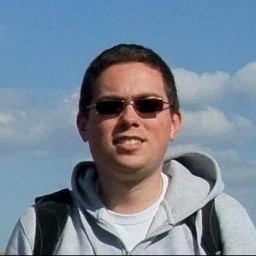 How to investigate client side WSAECONNABORTED happening very often only on machines with NVIDIA Quadro?

Overall, a few things you might try to investigate this one involve: 1) monitoring your app and the driver, 2) modifying your app, and 3) modifying the NVidia driver config.

Q. My X server fails to start, and my X log file contains the error:

A. This can be caused by a variety of problems, such as PCI IRQ routing
errors, I/O APIC problems, conflicts with other devices sharing the IRQ (or
their drivers), or MSI compatibility problems.

Depending on the nature of the problem, one of (or a combination of) these
kernel parameters might also help:

The problem may also be caused by MSI compatibility problems. See “MSI
Interrupts” for details.
…

Q. My X server fails to start, and my X log file contains the error:

This occurs when ACPI is not used to program interrupt routing in the APIC.
It may also occur when ACPI is disabled, or fails to initialize. In these
cases, the Linux kernel falls back to tables provided by the system BIOS.
In some cases the system BIOS assumes ACPI will be used for routing
interrupts and configures these tables to incorrectly label all interrupts
as edge-triggered. The current interrupt configuration can be found in
/proc/interrupts.

Available workarounds include: updating to a newer system BIOS, a more
recent Linux kernel with ACPI enabled, or passing the ‘noapic’ option to
the kernel to force interrupt routing through the traditional Programmable
Interrupt Controller (PIC). The Linux kernel also provides an interrupt
polling mechanism you can use to attempt to work around this problem. This
mechanism can be enabled by passing the ‘irqpoll’ option to the kernel.

Currently, the NVIDIA driver will attempt to detect edge triggered
interrupts and X will purposely fail to start (to avoid stability issues).
This behavior can be overridden by setting the “NVreg_RMEdgeIntrCheck”
NVIDIA Linux kernel module parameter. This parameter defaults to “1”, which
enables the edge triggered interrupt detection. Set this parameter to “0”
to disable this detection.
…

Driver fails to initialize when MSI interrupts are enabled

A. If your kernel is making use of the -rmap VM, the system may be leaking
memory due to a memory management optimization introduced in -rmap14a. The
-rmap VM has been adopted by several popular distributions, the memory leak
is known to be present in some of the distribution kernels; it has been
fixed in -rmap15e.

If you suspect that your system is affected, try upgrading your kernel or
contact your distribution’s vendor for assistance.

Hi Dark Photon, thanks for the reply.

That was my guess. Perhaps it was somehow flushing the TCP buffer. Normally receiving TCP is not time dependant. UDP will just throw packets away if the buffer is full or you don’t receive them fast enough.

I found a work around, setting the driver profile to dynamic streaming seems to fix it. I don’t know if it actually fixes it, or just minimises the problem so I don’t notice it. It also doesn’t happen if I have a debugger attached. So I am guessing its some sort of timing issue. I am not even sure what could possibly break the TCP connection.

The documentation for recv says this

Winsock may need to wait for a network event before the call can complete. Winsock performs an alertable wait in this situation, which can be interrupted by an asynchronous procedure call (APC) scheduled on the same thread.

Wonder if the driver could be doing that.

I found a work around, setting the driver profile to dynamic streaming seems to fix it.

Interesting. Good find! Websearching that option (out of curiosity) reveals quite a few posts recommending that folks flip their Quadros to that mode (or Visual Simulation) to solve performance problems and crash issues.

One of those hits has a familiar description:

Q: In the recent months, several costumers reported that their CPUs stall heavily when using our software.
…
On said system, the symptoms are the following:

[ul]
[li]When running our software with [OpenGL] previews enabled, the CPU usage sporadically spikes at 100 % on all cores for about 1 to 10 seconds.[/li][li]In this time, our software as well as most other processes are unresponsive.[/li][li]Apart from these peaks, the CPU usage is < 10 %[/li][/ul]
…
When the [Quadro] graphics card in the above-mentioned test system is replaced with a GeForce GTX 670 (driver 361.43), the problem disappears.

A: If your OpenGL application generates a lot of dynamic load and/or needs to keep some continuous baseline performance, please try first if the profile “Workstation - Dynamic Streaming” changes the behavior. It’s explicitly meant to address these use cases.