OpenGL at 1.1 after updating drivers

so I haven’t bothered to check opengl ever up until now. when I check my opengl version in opengl viewer it’s telling me that I’ve got opengl 1.1. So I did what most threads said and updated my drivers, but they were up to date. 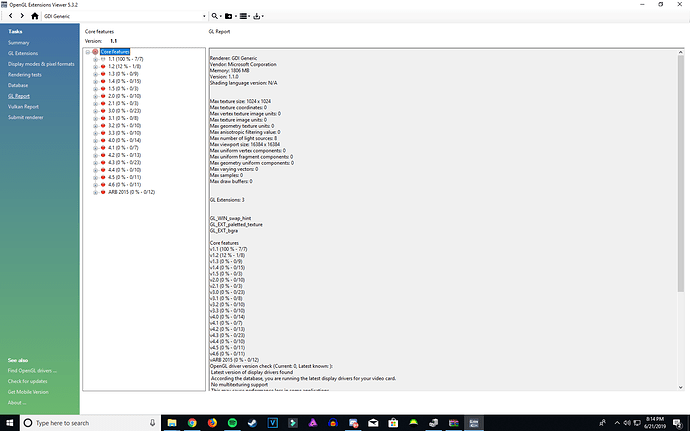 That’s interesting. Here’s another app you could try just as a double-check:

I would check Device Manager and see what graphics drivers you have installed for your GPU/video adapter (vendor and version). Report back here with that if you don’t figure out your problem.

Besides that, GPU-Z is another tool you might try to help buzz out what GPU you have and give you insight into which drivers you need.

I got this message when I opened the app, it said:

GLFW has reported an error

WGL: The driver does not appear to support OpenGL

The requested client API is not supported. Make sure you have OpenGL drivers installed. 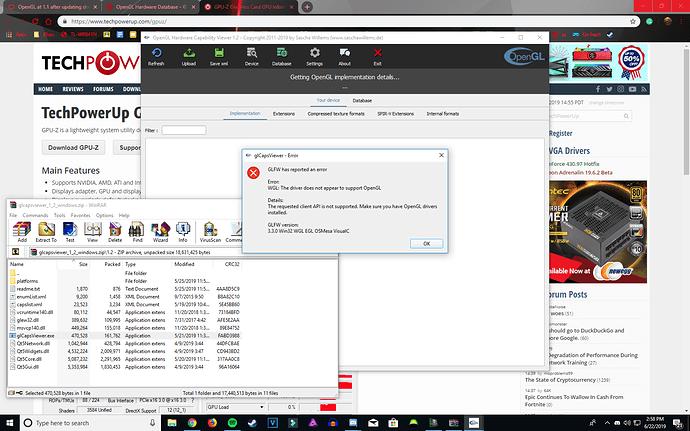 Here’s the GPU-Z report. I don’t really know what’s wrong or if anything is wrong. 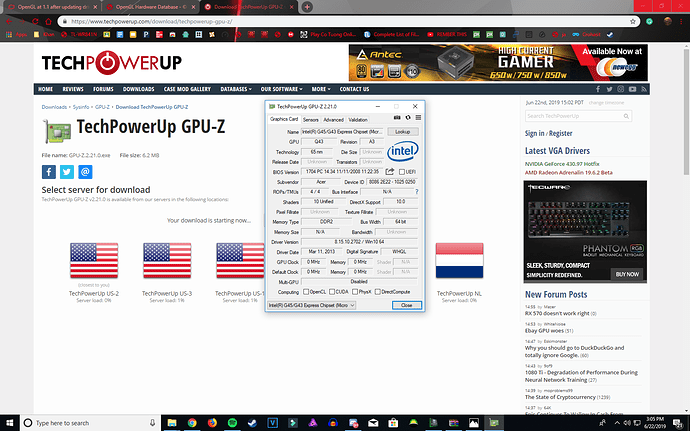 If you haven’t already, you might check these out:

Lots of folks online have the same issue you have with this old 2008 Intel GPU which only supported OpenGL 2.1. Many end up upgrading to a discrete (PCIe/AGP card) GPU with better driver support.

Thanks! The third option worked out really well. I do have another question though. In OpenGl Extension viewer it said that OpenGL went up to 4.5 on my gpu. Is that something to do with the program or is that possible?

That’s reporting the highest OpenGL version that the driver says it supports.

OpenGL 4.5 on that 2008 integrated GPU seems highly suspect to me. If that version is supported, the driver may be emulating the post-2008 portions on the CPU.

I would try running the OpenGL Hardware Capability Viewer as a double-check, and maybe GPU-Z as well, and try some of the benchmarks tools in it such as those that use tessellation.