Most efficient way to render into a 3D texture

I am implementing a voxel-based global illumination feature. I have a VBO full of voxel positions, and I can successfully light them and store the resulting colors in a texture or set of vertex buffers. Each voxel uses an unsigned byte / uvec3 for the position and six unsigned byte RGBA vec4 values for the colors of the six box faces.

Now I need to render this data into a 3D texture and downsample it. There are a few ways to do this but I want to implement the most efficient method.

What is the most efficient way I can populate a 3D texture with my voxel data? After the data is entered into the texture I want to downsample the texture to create several mipmaps for cone tracing. 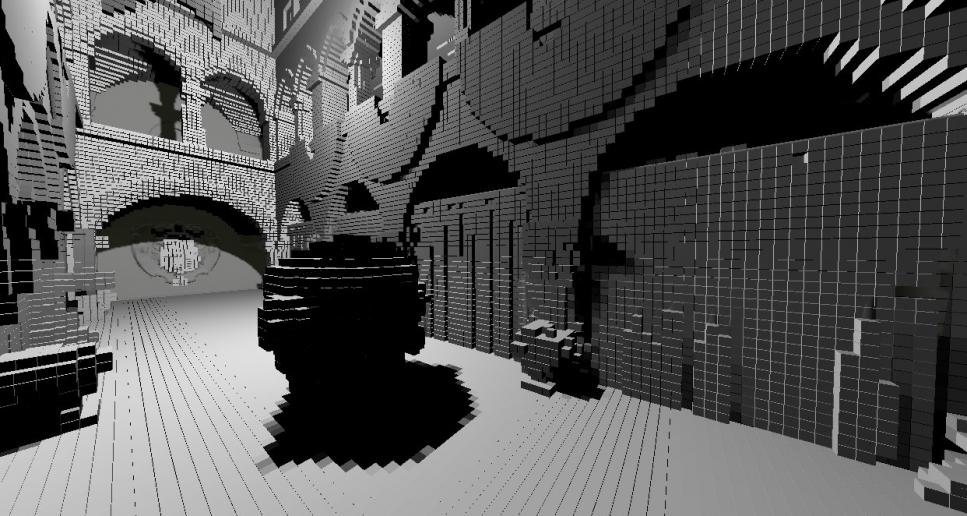