Issues with SSAO and Depth Map

I’m currently writing an implementation for SSAO (using depthmap, normals and noise) but for some reason it keeps giving me these step lines, the same ones you see on the fading colors over a plane.

What is weird is that I’m storing my depth map in a RGBA16, and still getting these lines which in turn are reflected onto the SSAO: 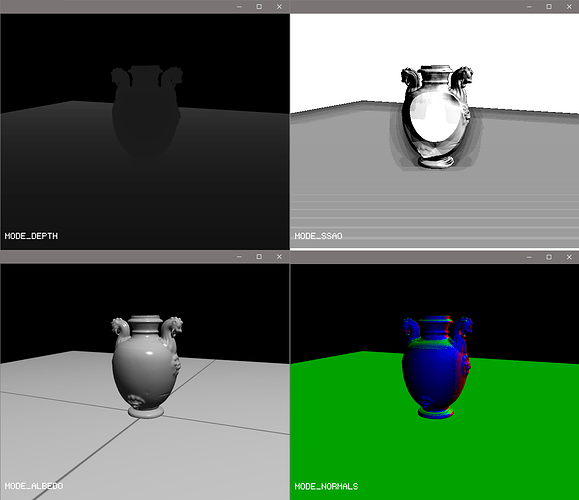 and these are the lines when I move to a wider position: 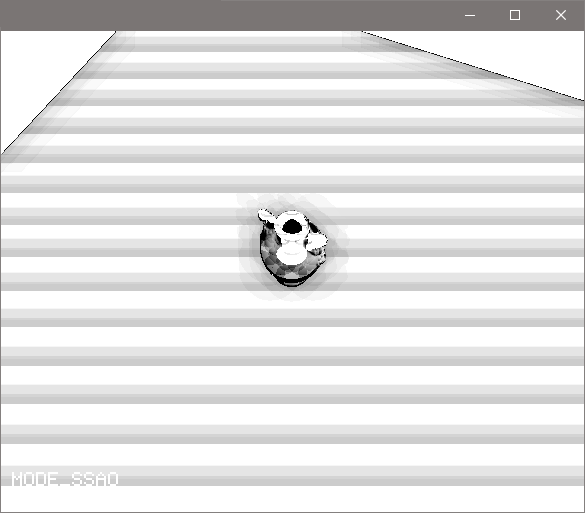 i’m linearizing the depth map to use in the ssao:

But i’m thinking that these lines are comming from the depth map, because they are the same ones as the SSAO render.

How can I avoid these, because every implementation of SSAO I do ends up having these lines all over it.

Can you elaborate on that?

A depth map is a single channel; why are you using a 4-channel format?

Yes, of course, I’m sorry about the short and abstract description.

So far, and as easy as the concept might be, there are plenty (if not infinite) ways of doing each capture, and my issue is with some of them, for example:

So, so far my main concern is, what is the correct/best way for storing such darta and the correct math to calculate it

A depth map is a single channel; why are you using a 4-channel format?

Yes, after a few tweaks, I changed my storage format to GL_R32F

So I’m using the following:
DepthValue = (gl_FragCoord.z/gl_FragCoord.w)*0.1 and it seems to work properly, but something tells me its not ok.

So, just to clarify:

So below formula is the whole process to turn gl_FragCoord.z into a linear range of the depth from the near to the far frustum plane?

gl_fragCoord.z → yields out a value from 0…1, in a logaritmic scale

It isn’t logarithmic, it’s reciprocal; depth=(ZNDC+1)/2, ZNDC=C+D/Zeye where C,D are determined by the near/far planes.

Well, if you’re using a floating-point depth buffer, it’s sort of logarithmic in the sense that floatBitsToInt(x) approximates a·log2(x)+b. For that case, it’s common to set up the perspective projection so that depth is 1 (or -1) at the near plane and 0 at the far plane, as the increasing floating-point precision near zero offsets the decreasing Z scale factor. See glClipControl and glEnable(GL_DEPTH_CLAMP).

Also, note that the value in the depth buffer is affected by the glDepthRange settings. These are normally [0,1], but if you change them you have to adjust for that.

So below formula is the whole process to turn gl_FragCoord.z into a linear range of the depth from the near to the far frustum plane?

That gives you Zeye, which will be in in the range [-zFar,-zNear]. But for that it’s more efficient to ignore gl_FragCoord.w and just use:

If you just want a linearised value and don’t care about the scale and offset, you only need

That gives you Zclip, which is in the range [-zNear,zFar].

those last 2 were a good example of what is more pratical to my use.