as far as I know, Vulkan has a right hand coordinate system for NDC contrary to OpenGLs left hand system. However, when rendering to an offscreen target instead of swapchain apparently a left hand system has to be used AND the front face has to be reversed.

Can you point me to the paragraph in the standard that explains the differing coordinate systems of swapchain and offscreen rendering targets?

Can you point me to the paragraph in the standard that explains the differing coordinate systems of swapchain and offscreen rendering targets?

You are either encountering a driver bug or you’re misunderstanding what you’re seeing. My guess is that you’re reading back an off-screen buffer on the CPU and are misinterpreting the order of the rows of data.

I mean in this tutorial, the necessity of step 2: 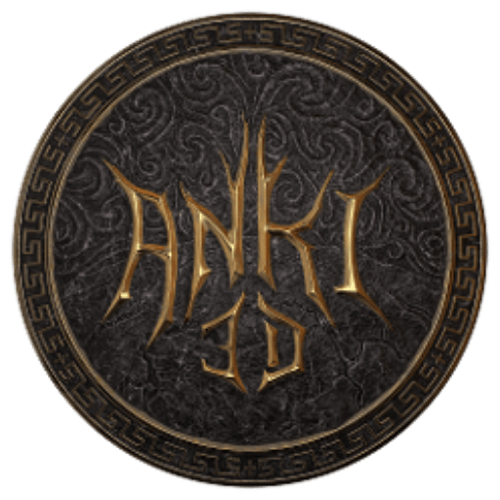 One of the key differences between OpenGL and Vulkan -and something that needs careful consideration when porting to Vulkan- is the coordinate system. Khronos’ Vulkan working group decided no…

Why is this only necessary for offscreen targets?

Most likely because he is flipping y, which as a side effect flips the face of all the geometry. For offscreen buffers he keeps the y be, but has the images “upside down”:

The result is rendered to the offscreen framebuffers flipped.

Any reason why he does that? Like that texture coordinates are oriented differently than screen cooridnates?

I am not that good of a mind reader. Best ask the author. It makes kinda sense though to only limit coordinate shenanigans only to where it matters.

@Alfonse_Reinheart For a little clarification what is done:

At first I thought it would be enough to enable KHR_VK_maintainance1 and flip the viewport y axis. But when I reenabled the offscreen targets I suddenly had to use the unflipped y axis and opposite winding order like in the linked page. This is why I thought Vulkan treats offscreen render targets differently.

Btw will the maintenance extension+y flip save me from reversing gl_FragCoord.y instances?

Yea (in case it is normalized).

when rendering to an image gl_FragCoord.xy corresponds to (x,y) in the image, right?

gl_FragCoord should return the framebuffer coordinates, i.e. whatever is the result of the viewport transform (with the twist you get the center of the fragment, e.g. 42.5). Yea, it will match the (integer) image coordinate, minus the fractional part.

Normalized texel coordinates match the orientation of image coordinates, except they are normalized.

There’s no screenspace if there is no screen. Swapchain (on all known platforms thus far) will show (0,0) image coordinate pixel to the upper-left corner of the window (plus minus pre-transform). But if there is no window, then there is no “up” and “down”.

so the top-right corner would need texture coordinate (s,t)=(1,0) to make up for the flip, right?

Depends what you are going for and how you are doing it. Just don’t overthink it.

If you are texturing random triangle it does not matter. You can flip the triangle however you like and it it is textured the same (flipping only changes the position of the vertices).

If you want to overlay some UI directly to screen, then the above applies. Whatever you want to show in upper-left corner of the window has to be assigned to gl_FragColor at (0.5, 0.5) framebuffer coordinates. How you achieve that is up to you.

Btw will the maintenance extension+y flip save me from reversing gl_FragCoord.y instances?

It’s what it does. Changing the viewport transform changes the framebuffer coordinates.

Changing framebuffer coordinates changes the facingness of triangles though.

Put it this way. The texture coordinate (0, 0) represents the first texel of the first row of the texture. What that means with regard to up and down depends entirely on how you map it with respect to what you’re rendering.

You could also map it such that the first texel of the last row of the quad is the upper-left corner in screen space. You would do this by using the texture coordinate (0, 1).

I’m still struggling with this. I use the original data/render commands from the OpenGL code but with the maintenance extension and the viewport y flip / front face flip. A large portion of my offscreen rendered textures is upside down.

Can you imagine any other viewport related calculations that won’t just work out of the box after using the above when going from GL to Vulkan?

Ok, I did the following test now:
Render a full screen quad to an offscreen target with enabled viewport flip. Color output was the NDC x/y coordinate (normalized to (0,1) ).

My assumption would be that if the viewport flip caused the system to behave like OpenGL that NDC=(-1,-1) would map to pixel (0,0) in the offscreen target texture and NDC=(1,1) to pixel (width,height). Instead, NDC=(-1,-1) mapped to (0,height) and NDC=(1,1) mapped to (width,0). I checked the coordinates with the resource view of NVIDIA Nsight Debugger.

Rendering to a swapchain image instead gives the desired results.

Ok, now I’m totally confused:
As far as I can tell the viewport transform in Vulkan
https://www.khronos.org/registry/vulkan/specs/1.2/html/chap24.html#vertexpostproc-viewport
is the same as in OpenGL:
http://www.songho.ca/opengl/gl_transform.html

So which of the many transformations in the pipeline is flipped in Vulkan compared to OpenGL? If they are all the same, what causes the y-flip when porting from OpenGL to Vulkan?

A large portion of my offscreen rendered textures is upside down.

There’s no up or down offscreen. Upside down relative to what??

Can you imagine any other viewport related calculations that won’t just work out of the box after using the above when going from GL to Vulkan?

Yes, you could easily use pre-flip coordinates in the shader in some math.

My assumption would be that if the viewport flip caused the system to behave like OpenGL that NDC=(-1,-1) would map to pixel (0,0) in the offscreen target texture and NDC=(1,1) to pixel (width,height).

So which of the many transformations in the pipeline is flipped in Vulkan compared to OpenGL? If they are all the same, what causes the y-flip when porting from OpenGL to Vulkan?

You remind me why I hate OpenGL so much. When you stop overthinking it and disabuse your brain of unnecessarily abstract concepts like “up” and “down”, the more it becomes clear it is just elementary school math for which you do not need three doctorates to understand.

When using swapchain, whatever is at (0,0) image coordinates ends up in upper-left corner of the window.

And this mapping is performed AFTER viewport transform, yes?

Ok, with your combined posts I think I know what’s going on. Thank you!

@krOoze Btw can you point me to the paragraph in the standard where this is detailed? I assume the same goes for texture uploads right?

The origin of the native orientation of the surface coordinate system is not specified in the Vulkan specification; it depends on the platform. For most platforms the origin is by default upper-left, meaning the pixel of the presented VkImage at coordinates (0,0) would appear at the upper left pixel of the platform surface (assuming VK_SURFACE_TRANSFORM_IDENTITY_BIT_KHR, and the display standing the right way up).

Everything else about coordinate systems:

For texture uploads with vkCmdCopyBufferToImage there’s a chapter about the addressing scheme: Buffer and Image Addressing. In short, lowest buffer memory address ends up at (0,0,0) of the Image. Similarly for mapped linear Image as described at vkGetImageSubresourceLayout.

Oftentimes image files also assume upper-left corner origin, so that has to be kept in mind.